The Astronaut's Girl Bemoans His Going

He buckled, fudged, asked 'How was it?'
'Fantastic' she said but thought 'ter-rif-fic

She remembers how sudden he'd given in
Gasped, gasps, is gasping
Her eyes turn round unmoved
To gaze at the empty moon

'Don't be like that. What's got into you?'
'Oh nothing' she mutters 'nothing at all'

Shoulder to shoulder, thigh to thigh
Bolder and bolder but never
Eye to eye

Twenty seconds nineteen seconds eighteen
'Think of it this way, I'm doing it for you'
'Oh thanks' she retorted 'I'm over the moon'

And then
Lift off

Like one of those captive satellites
I've gone so far now I can't turn back
Too long in zero gravity
Bones brittle, muscles slack

Exiled by my adventure
I must circle endlessly in space
Held in geostationary orbit
Unable to return, unable to escape

When I was young one planet was enough
And I never had the urge to roam
But as I grew older I began to wonder
If the whole universe couldn't be my home
I've been here and I've been there
And now I'm a stranger everywhere..."

During this broadcast, solar power stopped
His beacon disappeared, radio contact lost,
And spinning
At the speed of light his words revert
To the background static of the universe

Seeing the streaming stars, while others sleep
Staring out of the black of a winter's night
Over frozen rivers
She can see each point of light
Shining so specifically
That like a probe or beacon of distress the thought
Flashes across her mind
That this is none other than the remains of her lover
Burning up on re-entry

No doubt no
No wonder

And that's neither here nor there
No no no far be it from me
So here I am getting carried away
But will you tell me please where is he?'

Astronomers made observations, collated data,
Compiled reports,
But she only registered one passing remark
That the space between bodies is so
Astronomically vast
Should a star question a star it might
Die before it was answered

Published in Original Poems
Tagged under
Be the first to comment!
Read more...
Friday, 23 September 2005 00:00

The Future Behind Us

Newton was not 'Newtonian'
He studied Alchemy and Magic,

The future does not come
To meet us head on,

But blazes behind
Like the tail of a comet.

Peter Jukes 2005, inspired by James Gleick's book 'Isaac Newton'. PS: Ironically, the tails of comets don't "blaze behind them" in the usual sense - i.e. in the wake of their trajectory. Comet tails are particles blown away by the effects of solar radiation, and so depend on their angle to the sun.

There are no more border guards
In the palace of tears
No bugging devices
No eavesdropping spies
Trying to find out if you're defecting
To the decadent West.

The Traenenpalast (Palace of Tears) is now a theatre. However, this was once the site of real-life dramas... The Traenenpalast was part of a border checkpoint when the city of Berlin was divided, and the glass and metal pavilion was named after the tearful partings between visitors from the West and citizens of the East who had to stay behind.

Published in Original Poems
Tagged under
Be the first to comment!
Read more...
Sunday, 23 September 1979 00:13

Watching the sun set
Over his own small world

Him and his Big Ideas

Published in Original Poems
Tagged under
Be the first to comment!
Read more...
Saturday, 23 November 1985 00:03

So give me neither more nor less than this

And when I grow old

Published in Original Poems
Tagged under
Be the first to comment!
Read more...
Saturday, 22 September 2001 00:00

With this Wind Our Future Comes

With this wind our future comes: so let, oh let
It blow. All that compels us without say
And from which we'll be made to glow - all of it
If we can just keep still will find us and bring
The future that comes with this wind.

Translated by Peter Jukes from a poem by Rilke

I am not there

While she waits curled
Under covers, tense
In semi-darkness
Hair splayed back

And I am not here

And I am not

Are you with me?

Published in Original Poems
Tagged under
Be the first to comment!
Read more...
Tuesday, 14 September 1976 00:00

The words are from one of my very first poems, written when I was 16

Desire is the asp
Is the twisting
In my breast
She changes, Time and
Space, or else
Not here to change

Chubby hands that grasped
An apron as it passes.
And when the fingers were strong
Brown lined, agile
Around your pillow templed head
Your eyes eluded me.

The appeal of appealing

Eyes, that vacuous
Kiss of fire, desire
Is not there or
Then, but in
Remembering.

One of the earliest poems I can remember writing, from my teens. 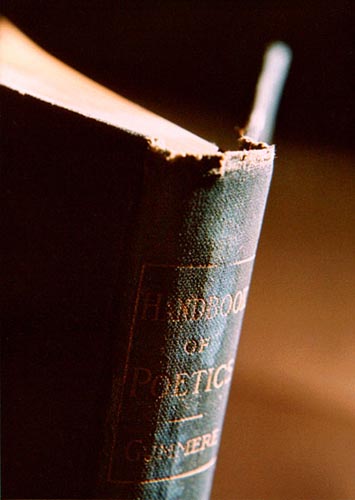 You said before you entered
And left me, empty
Averting your eyes

But I keep all your letters. 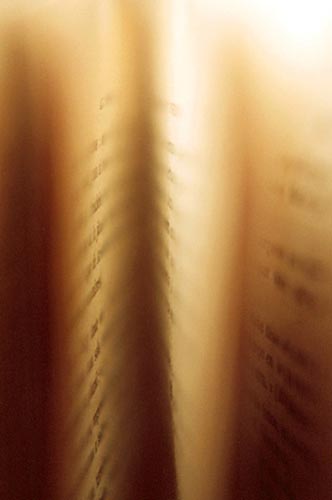 Sometimes their manner recalls your voice
Promising, apologising,
Struggling to explain the gap between
What you could conceive and
Recreate. 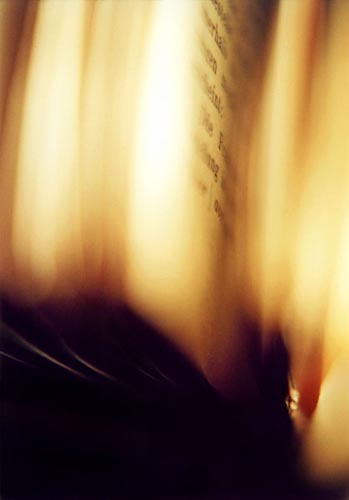 This paper yellows and curls
Yet while the flickering hand feeds the fire
In time,
These words are only cinders

But I have made a place for them

Published in Original Poems
Tagged under
Be the first to comment!
Read more...
Friday, 22 September 2006 00:00

I often have this strange and haunting dream

Of an unknown woman I love, who loves me back
And who is, at any moment, not quite the same
Nor entirely other, who loves and understands.

For only she can understand my heart,
Only she alone - oh my troubles disappear,
And the beads of sweat on my pale forehead
Only she alone replenishes with her tears.

Is she brunette, blonde or redhead? I don't know.
Her name? All I know is that it's soft and clear
Like those of loved ones who have long since gone.

Her gaze is like the gaze of a statue's head.
And in her tone - distant, calm, and sad - you can hear
The sound of beloved voices that are dead.

Published in Translations
Tagged under
Be the first to comment!
Read more...
Page 10 of 17